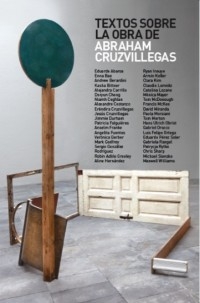 This book contains forty three texts about the works of Abraham Cruzvillegas (Mexico, 1968), written between August 1999 and September 2016, namely, it covers its entire trajectory, from his first exhibition in El Departamento gallery in Mexico City, until the most recent like the one celebrated in 2015 at the Sala de Turbinas of the Tate Modern, London, or the one that was presented during the edition of this compilation, in Regen Projects, Los Angeles. Many of these essays, dialogues, articles and interviews were published in important catalogs or circulation magazines of international art, so they are poured here for the first time in Spanish. There are also those texts that are to some extent autobiographical or, rather, self-constructive, following the concept from wich the creative plarform of Abraham Cruzvillegas: the self-construction, which in recent times has given rise to self-destruction and self-confusion, different approaches to the same form of research, very personal, built with others, from others as well as from himself be those other relatives and friends, curators, museographers, artisans, musicians, colleagues of profession.