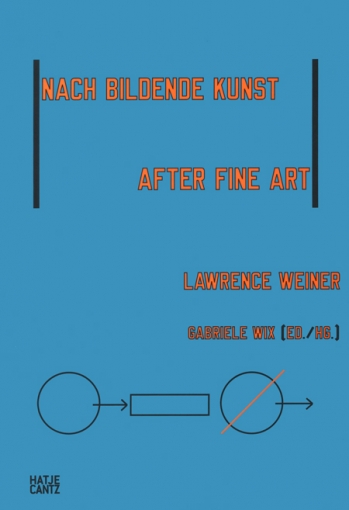 With his conceptual, language-oriented works, the American artist Lawrence Weiner (*1942 in the Bronx, New York) expanded the notion of sculpture. His radically abbreviated phrases avoid metaphors, citing everyday speech or sources from literature or the media. The works are intended to be able to be read and used by everyone. They serve as occasion for conversation, cause for thought, and they provide recipients with space for free association.

Most of his oeuvre, which comprises more than a thousand language-related works, has already been presented in the German-speaking world—some of it either translated by Weiner himself or conceived using German as a basis. About 300 of Weiner’s works--whose total oeuvre to date comprises more than 1,000 works--have been presented only in German, in the German-speaking world (either translated by Weiner himself or conceived by him in German). Featuring over 800 pieces, this volume is the first catalogue raisonné of those works. As always, Weiner has assumed responsibility for the book’s typography and design. Accompanying text by Gabriele Wix and visual documents shed light on his methods.