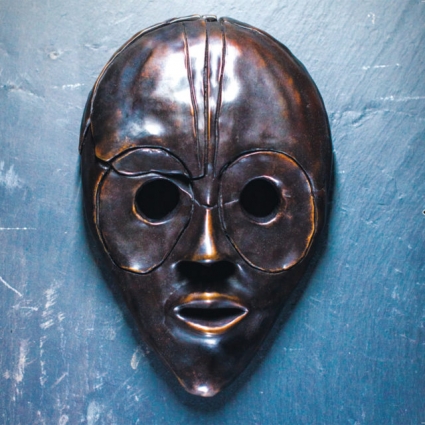 Theaster Gates and The Black Monks’ second release on Black Madonna Press, the artist’s joint label with The Vinyl Factory, is a mesmerising live jam that fuses the jazz orientated spiritualism of his musical collective with the groove-based metronomic beat of their native city Chicago’s house music legacy.

Pressed on heavyweight black vinyl, with an exclusive etching of one of Theaster Gates’ new mask artworks on one side and images of these striking works on the outer and inner sleeves, the record is also a celebration of the artist’s new museum exhibition, Amalgam, which opened last month at the Palais de Tokyo in Paris.