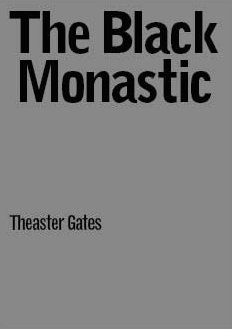 Published on the occasion of his exhibiton "The Black Monastic,” this catalogue documents Theaster Gates' monastic retreat with his musical ensemble The Black Monks of Mississippi at the Serralves Museum of Contemporary from September 7 - 19, 2014. This marked the first presentation of work by Gates in Portugal.

Conceiving the Museum, the Serralves Villa and gardens as a place of meditation and a cosmology of art and nature, Gates will developed a new chapter in what he has described as The Black Monastic, that responds to the notions and histories of space within the nuanced contexts of race and the political sphere.

Structured according to 19 moves, both public and private, The Black Monastic involved performed actions, sermons and readings, exercises with musical instruments, concerts, periods of contemplation, and audio and film recordings.

Some events introduced themselves into the public´s daily experience of the museum (with no scheduled programme) while others were part of a monastic private reflection and research, and others took the form of scheduled public performances.