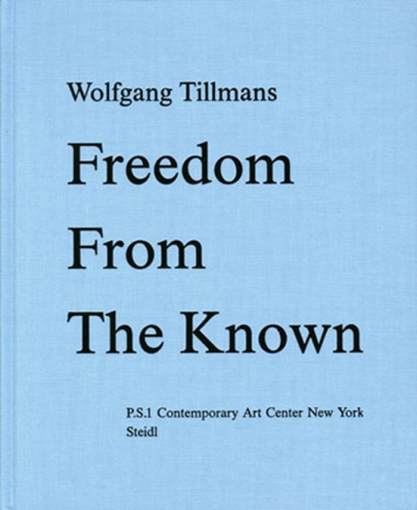 Freedom From the Known

Freedom From The Known is the first book to focus entirely on Wolfgang Tillmans's abstract photographs, exploring the presence abstraction has had within his figurative and representational work. It is published on the occasion of the artist's first major solo exhibition for an American museum--curated by Bob Nickas, who contributes an essay here--which opened at P.S.1 in Long Island City, New York, in the spring of 2006. Of the 25 pieces here, 24 were produced specifically for this project and had never been seen before the exhibition. Most of are "cameraless" pictures, made by the direct manipulation of light on paper, rather than on a negative. At the exhibition, each photograph was presented in a frame, which marked a departure for the artist, who pioneered installation with tape and pins. But he was right: Frames gave these elusive, transitory, abstract images coherence as objects in space, as well as both buoyancy and weight. They were accompanied by a group of figurative photographs from the 1990s series Empire, which made the shift from figure to abstraction by being passed through a photocopy or fax machine, then scanned to the highest possible resolution, turned into large-scale C-prints and framed. A selection of earlier photographs provides a context for Tillmans's passage from figurative and representational imagery to abstraction. Taken together, these more conceptual works reveal the self-reflective impulse underpinning choices of media and topic throughout his work.