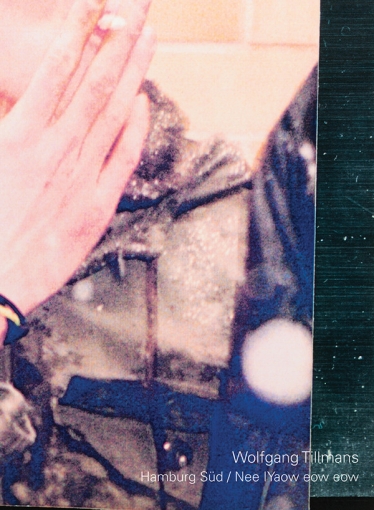 Wolfgang Tillmans has devised a 35-minute sound installation as part of the exhibition. The installation takes the exhibition’s inner-city context as its starting point, and operates in conjunction with numerous photographs (from a variety of Tillmans’ work phases) and video works to transform the space into a single cinematic whole.

The Kunstverein in Hamburg is now releasing the 35-minute sound work 'Hamburg Sud / Nee IYaow eow eow' as a CD, accompanied by a 48-page booklet that features exhibition views photographed and designed by Wolfgang Tillmans.

Electronic manipulations of Tillmans’ own voice, made to sound alternately choral, guttural and absurd, are mixed with a kind of sung evocation of the four directions of the compass – to which the exhibition hall is almost exactly aligned. To provide this counterpart voice, Tillmans invited the Hamburg-born and internationally renowned singer Billie Ray Martin. The alternating singing styles are embedded within long silent pauses, when visitors can hear noise from the two routes of traffic between which the Kunstverein is located: the cluster of platforms at Hamburg’s central railway station, and Klosterwall, one of the city’s main thoroughfares.

Through the interplay of screeching railway lines, traffic noise, the reverberation of the immediate environment, word play, and voice explorations, Tillmans uses the sound work to react to aspects specific to the exhibition room at the Kunstverein in Hamburg: you can hear the city, but do not see it.

In Further Listening, the second part of the CD, Tillmans presents further experimental solo pieces, collaborations, and two works that were previously released last year (now available for the first time on CD): Make It Up As You Go Along, Tillmans’ first release, and Device Control, which first came to public attention in 2016 when a full-length version of the song appeared as a guest contribution on Endless, a visual album by the US R&B musician Frank Ocean.